A Field Day at Feldman's 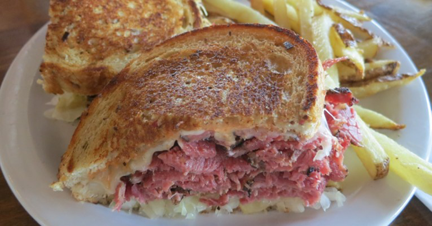 If there is one thing that a food porn addict is easily sucked into any restaurant by it’s the irresistible smell of smoked meat. And so much more so when that smoked meat happens to be pastrami. Now unfortunately (or fortunately), for most Utah residents their only exposure to smoked meat of the pastrami varietal has only been available atop a diet shattering cheeseburger a la Crown Burger (mmmmmm…. Crown Burger), Astro Burger, B & D Burger or any of the many other local Greek influenced burger joints which really is not such a bad thing (hey, it has become synonymous with Utah food), and it’s part of our wonderful culture. After all, most of us have been supporting the pastrami burger in one form or another, quite happily, for years now.

However, anyone having spent any significant amount of time in either Los Angeles or, perhaps more precisely, New York City knew that Salt Lake City was missing out on a critical piece of an authentic city dining culture—the Jewish deli. Think 2nd avenue deli, Carnegie Deli (more on this later), Katz’s deli or L.A.’s Langer’s Deli. Institutions of fine rye bread, pure corned beef, half sour pickles, spicy brown mustard and most importantly, at least for this writer, pastrami. The pastrami served in these fine institutions is on a whole other level than what was (previously) available in Utah. Thick cut, brined to perfection and just the right amount of smoke ring. If standard bacon is considered meat candy (I have heard this analogy often), then true Jewish deli Pastrami is, as George Costanza noted, the sensual king of smoked meat. Enter Feldman’s Deli Salt Lake City. 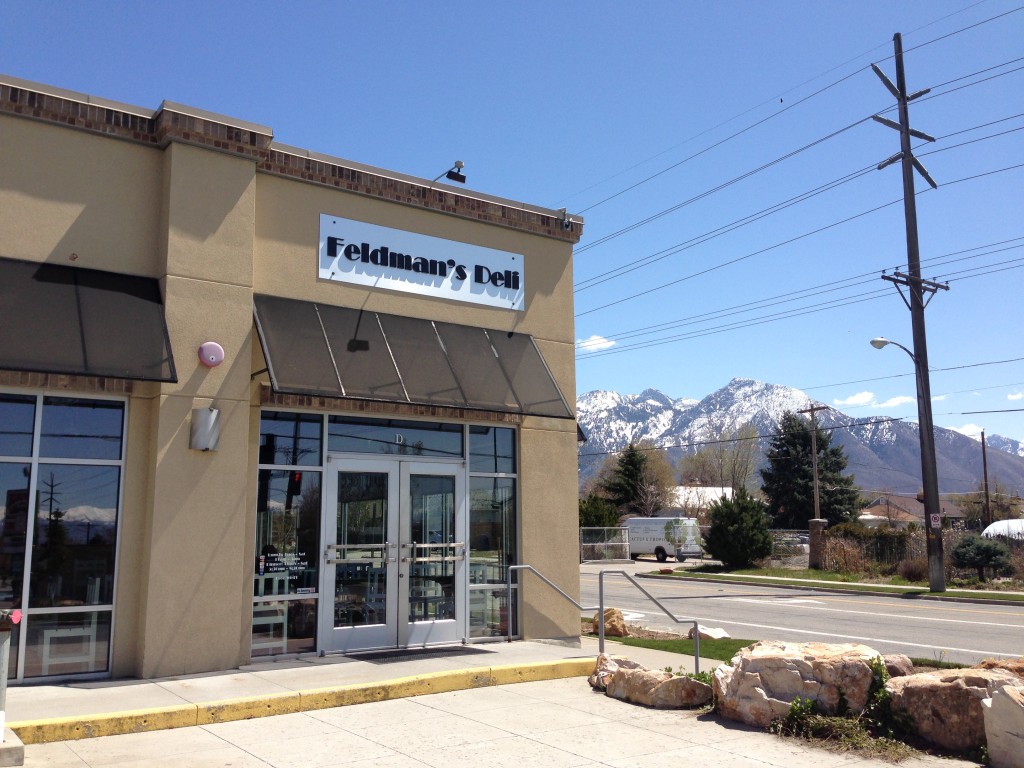 Mike and Janet Feldman were true NYC transplants to the Salt Lake Valley. Arriving fresh here after the 2002 Olympics and having been brought to the valley for work during the games. They loved the Great Salt Lake, the people and especially the snow but one thing that irked them about Utah was the lack of any authentic Jewish food. Matzo ball soup? Forget it. Jewish Rye? Good luck. A decent NYC style bagel? Fat chance. There were seemingly no options for the comfort food that the couple had grown up on back East here in Salt Lake. Mike, having worked building a successful career in the biotech industry for the previous 20 years, saw opportunity in their collective Jewish comfort food withdrawal, which led to a crazy idea.

Open a restaurant in the middle of the largest economic downturn in decades—one from a demographic of restaurants that were known to be in a collective state of decline, and in a state that had a small and dwindling Jewish population. In a word: Crazy. Crazy like a fox! The resulting NYC Jewish/SLC deli concept, launched in 2012, is located at 2005 South and 2700 East in Salt Lake City. By most accounts it has been a smash success and foodie locals in the know have been flocking there for over a year now. Feldman’s Pastrami, imported directly from the venerable Carnegie Deli in NYC (told you!), is the real deal and must not be missed. The same goes for the rye bread, baked special for Feldman’s by a local artisanal baker (getting this right was a whole other story). The pickles, true half sour cucumbers and tomatoes, are only found in Utah at Feldman’s. In fact, most of the items on the Feldman’s menu are imported from authentic Jewish deli’s in NYC or home made from scratch by Janet. All the sides, including the zippy potato salad and rough cut creamy coleslaw are made from scratch and are deliciously (deceptively?) simple. The one should NOT miss sandwich has to be the sloppy joe. Now, this is NOT some cafeteria ground beef sandwich in a ketchup sauce. This is not even like any sloppy joe you have ever had. This a Jewish sloppy joe- an entirely wonderful concoction of 3 slices of rye bread, ½ lb of corned beef, ½ lb pastrami, house made coleslaw and Russian dressing. In a word—redonculous! Don’t miss it I promise you will thank me.

In general the food at Feldman’s is great to good and the service, which can be slow at times, is finally starting to hit its stride. Overall, the deli is a most welcome and excellent addition to the local SLC food scene.

There is one item in particular that is so damn good at Feldman’s that I considered not writing about it in order to keep more for myself (and for the standing orders I now have from family members). Alas, I could not bring myself to not let the SLC world know that true NYC bagels have finally arrived here in SLC by way of Janet Feldman’s ovens. The Feldman’s have personally told me that perfecting the bagel process here in Utah was difficult. Using the proper amounts of yeast, temperature, salinity, kneading and cooking was not entirely easy information to come by apparently. Having never been able to find a decent Bagel here in Utah (for years at least—Brackman’s anyone?) I believe this to be true. Regardless of the details, all you need to know is that the Feldman’s bagels are some of the best I have ever had, even in comparison to my favorite NYC bagel shops. They only do the classics at Feldman’s—no fruit bagels here! Flavors include sesame, poppy, salt and everything. Also, it might be nice to know that Feldman’s sells out of bagels regularly but, if you call ahead they will make you a dozen all for yourself! Just make sure and leave a couple everything(s)—I know a guy with two thumbs who wants at least one.